My Life Behind the Lens

For most people following my videography, they might think my career began earlier last year when I posted my California road trip video. Others who have been around longer might remember my ping pong trick shot videos or even the adventures of my friends Matt, Sam, and I. The truth is, these aren’t even close to the beginning. To understand why I create videos and where my passion stems from, you have to go all the way back to my early childhood.

From the day I was born, I was always being filmed. Christmas, birthdays, family vacations, sporting events, you name it. My parents did an outstanding job documenting my childhood and it’s been a pleasure to rewatch and relive those memories. I've always had a knack for being behind the camera too. While on our family road trips, my sister and I would pretend we were news reporters and deliver live updates of our surroundings to the camera. This trend of being filmed continued up until my early teenage years. I had always been interested in technology, and my parents decided to gift me a tool that would change my life: a camera.

The date is April 30th, 2009 and I’m 15 years old. As I furiously tear through the wrapping paper of my last birthday present, I’m greeted with a warm surprise: my first camera. It was called a Flip Mino and it could record 60 minutes of HD video all in a compact form factor. That might sound lack luster to you, but at the time it was a solid camera for a relatively cheap price.  This camera was a predecessor to the popular GoPro cameras we now know (although it wasn’t marketed as an action camera) and could fit inside your pocket. This tool allowed me to express a creative itch that had been burning to be satisfied. This itch soon turned into an (almost) addictive hobby, where I would spend hours editing and researching how I could improve my craft. After a year of trial and error, I decided I needed a camera upgrade.

My Second Camera (And Realizing My Passion)#

At this point, I had started to create content that I deemed worthy of sharing with family and friends. Realizing some limitations of my camera, I decided to upgrade to a newer model: the Sony Bloggie. This camera boasted a variety of improvements:

This allowed me to further iterate on the quality of my videos. My editing improved, as well as my eye for framing eloquent shots, and soon I realized my passion: taking a thought or idea - no matter the size - and bringing it to life. This usually stemmed from listening to music. I could see the corresponding music video play out in my head and I tapped along to the beat and visualized what a video might look like. I tried to find every possible outlet for me to express my ideas and convert them into re-watchable memories.

The Calm before the Storm#

Around 2011, I purchased an exciting new action camera that looked extremely promising: the GoPro Hero. Little did I know how much of an impact this device would have on photography and videography as a whole. It’s extreme portability and amazing video quality allowed me to create some of my best videos to date (including most of the pong videos). It also helped spark my interest in photography, and let me capture shots that previously weren’t possible with prior cameras. As the time went by, I did eventually upgrade to the Hero 3, but at this point in my life most of my time was focused on school work and college “extracurricular activities”. 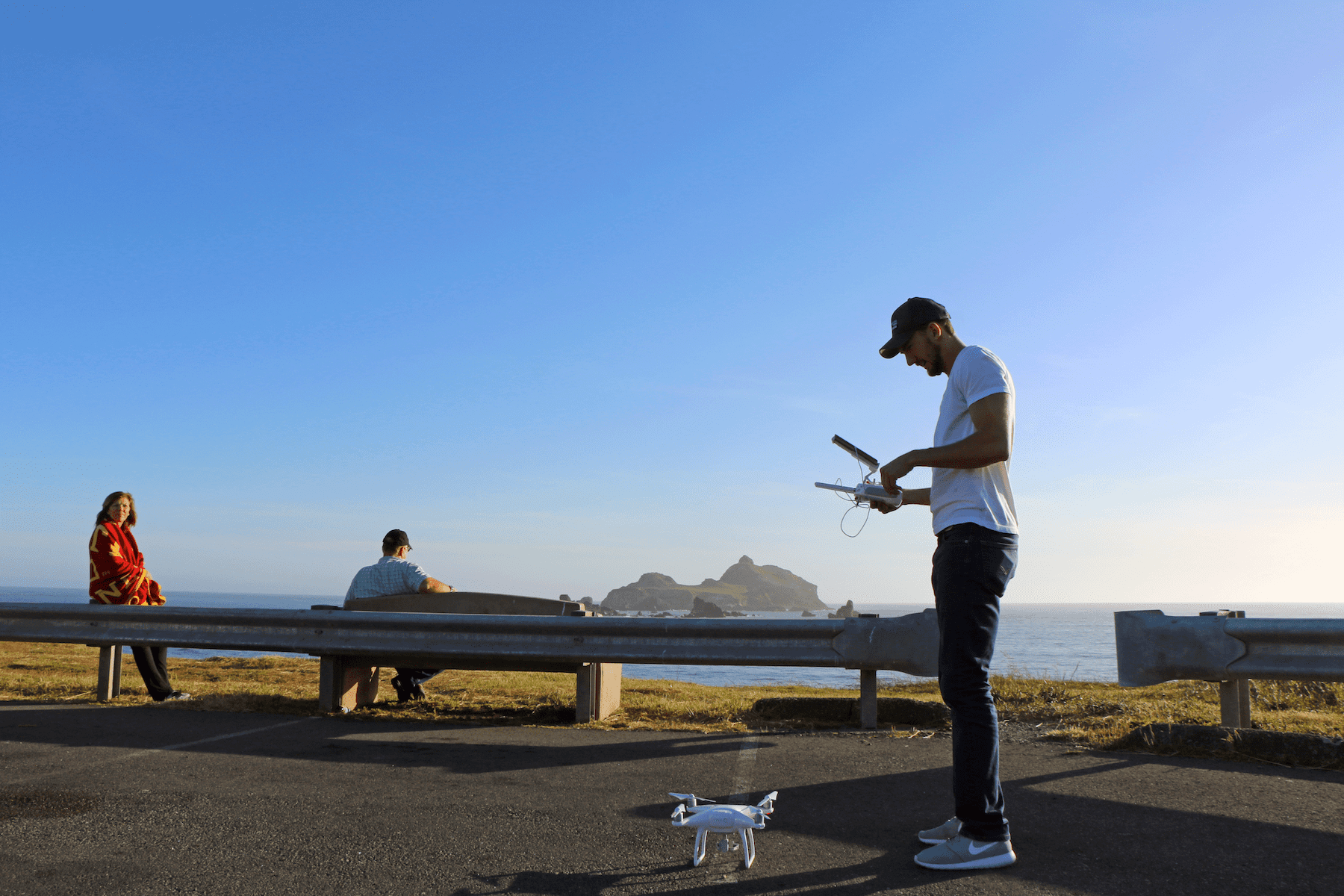 As the end of my college career approached, I knew I was about to have more free time to explore my hobbies and passions rather than focusing on school work. Knowing that I would soon be making a consistent paycheck, I decided to invest in better camera equipment. I had been researching drones, simply because I thought they were amazing pieces of technology, and coincidentally a new model was released. The company, DJI, is hands-down the most established and well-known drone producer and had just released their new flagship model: the Phantom 4. This drone was perfect for me because it had, for lack of a better word, idiot-proofing that would allow a first time-flyer like myself to succeed. From there, things seemed to escalate quickly.

My family had planned a road trip down the coast of California for my graduation present, and I knew this would be an event I’d like to capture and relive forever. My drone was only half the battle - I needed a handheld camera that would complete the package. I had sold my GoPro earlier that year, so it was back to the drawing board for a handheld camera. After weeks of deliberate research, I finally settled on a Canon 70D. This would not only allow me to shoot higher quality videos, but also improve my photography content. Before our road trip, I learned the basics of how to operate the camera and record videos. Little did I know, I was about to embark on the ultimate crash course. Over the course of the road trip, I shot hundreds of videos and hours worth of content. Shortly after it’s completion, I began editing and refining my vision for the video. This was my first professional level video and I spent hours upon hours filming, editing, and reviewing the footage. After sharing the finished product on my social media, I was overwhelmed with the positive reaction. This drove me to dedicate more time to improving my craft and ultimately helped me setup clients in real estate and in the music industry in 2016.

Where I Am Now#

As the year continued, I traveled as much as I possibly could (another post about that coming soon) and continued to pump out content. I laid a solid framework for what I wanted to accomplish and set some tangible goals for 2017. I’ve since turned freelance videography into my part-time job, and am loving every minute of it. I’ve recently upgraded my camera equipment and am confident I’m producing the best content yet. It’s only one month into 2017, and I’ve already tripled the amount of revenue I’ve made from videography. I’m thrilled to find out what’s in store for the future, and hope to achieve and surpass my goals for 2017. I’m now opening up requests for videos to anyone, and you can contact me to receive a personalized quote. I hope you enjoyed this nostalgic trip through my videography career and keep me in mind for any future projects you have.